I have reached a phase in life where I am actively curating my individual experiences. Maybe its got to do with learning how to be more mindful or maybe growing up in the city makes it easy, to get over saturated with too much too soon, leaving you with wanting more riveting, unique happenings.

One such event I attended was Last night! A silent movie screening accompanied by a band, giving it a live score. In one word it was OUTSTANDING. Exceeded my expectations, and here’s why-

1. The what |
‘Dreaming in Colour’ was an event orchestrated by Krish Makhija from Mosambi Juice Productions. Who curated and brought this concept of a silent movie screening, accompanied by a band giving it a live score, adding different dimensions to each film. If you are not already sold just by the idea of it (like I was) – there’s more!

A still from Cinderella (1912) directed by Georges Méliès. I call this one ‘The clock strikes xii’

3. Who |
The Star Band of ultra talented musicians consisted of – Rohan Rajadhyaksha, Tajdar Junaid, Ajay Jayanthi, Abhinav Khokhar, Ankit Dayal, and Viraj Saxena. Who received a loud and much deserved round of applause after each film. Lets not forget to mention it was a completely original score that was painstakingly well compiled, in a very short period of time.
Who knew watching a silent film could be this entertaining!! (Full 5 stars)

4. Where |
This took place at one of my favourite stores in the city- Magnolia. (yeah, it’s a furniture store!! ) Magnolia is a family run company made up of a small group of super enthusiastic people. They thought it wise to branch out into hosting different cultural events for people. One such occasion was an exhibition of unique objects, and artifacts from the personal collection of High Court solicitor Rajan Jayakar, who has been collecting since over fifty years. What a treat it was for us antique lovers!

The stage was set bang in the centre of the store, with a huge projector screen and the live band was set up somewhere in between a four poster bed, and a beautiful mirrored console table. I am pleased to say the band was so tight, and sound quality was awesome.

we were all given a clipping of an old film strip to take home from the event- its the little details that make for a great experience.

I got a chance to ask the team at Magnolia about their challenges in planning an event like this, and what they hoped the audience would take home from this experience.

“Trying to turn a primarily retail store into a
viewing space was difficult. We still wanted to retain the space as a store and showcase Magnolia. Apart from that, being confident enough to host so many people was very challenging. However, the response was quite overwhelming and we’re so glad it all worked out.”
5. The Take Away:
“A restored faith in cinema. Also the fact that art and culture is no more restricted to gallery or performance spaces.”

I certainly enjoyed myself thoroughly – This was a memorable one. And I hope it fueled up everyone’s imagination and pursuits. Until the next time!

In this case its the inspiring work of the craftswomen and artisans engaged with Okhai, that results in the creation of handicraft products that have nothing but pure and good intentions behind it! Thanks to my girl @kometjuice, along with whom I spent the past one month working at a grass root level of one of the most ethical NGO’s I know of.

I have never before been to a place that felt so serene and holds such positivity that it radiates good vibes 24×7! A place where peacocks are as common as stray dogs and cows greet you at every corner. Where cycling is second nature and the milky-way seems just at an arms reach.
Mithapur has the look of an oasis in a desolate landscape with TATA Chemical Plants as its skyline.

So….. what is this NGO I am speaking of and how has it swept me off my feet?

END_OF_DOCUMENT_TOKEN_TO_BE_REPLACED

One thing that pinches me more than anything else is how people spring for and spend on clothes and accessories so easily but a furniture piece, textile or house accent suddenly doesn’t fit the bill! The later may in-fact cost lesser in many cases.

“Look at it with a more pragmatic matter-of-fact way, people are willing to take risks on their bodies more than they are for their home.” she says

And true that! People surely do invest more on being in vogue than they do to decorate their homes. But doesn’t your home speak of you just as much?! Well well……we aren’t going to discuss people or philosophies here, we belong to that side of the world where one tassel hanging from the cushioned chair is a treat to the eye and for who the rivets and  nails too need to be plated to match the detail of the intended mood. And before you think otherwise, the world I am talking about is the one where your home and what you come back to everyday  needs to break the mundane and yet fit in as much. 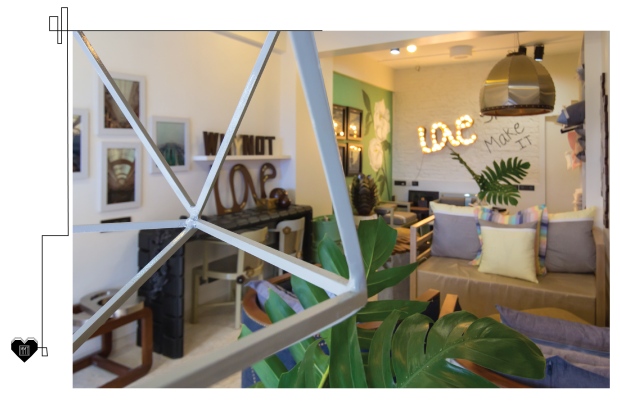 END_OF_DOCUMENT_TOKEN_TO_BE_REPLACED

You know how teachers and professors at schools and colleges always feed you with rot that everyone is competition and one must beware of even their own shadow!!! I thank my stars (actually my parents) and the people I met that mattered, because of who I got to believe in just the opposite – to be fearless! And as much as I wish every one to work carefree with just all the passion and nothing else …… she truly is fearless – KIMYA GANDHI – my inspiration from the day I have known her!!!

END_OF_DOCUMENT_TOKEN_TO_BE_REPLACED

I am a traveler, with an office as my car and the ride my two feet. Every single day I go from one corner of Bombay (Mumbai) to the other crossing many roads, streets, lanes, by-lanes, malls, stores, shops, events, exhibitions, pop-ups etc; to source and plan for the work I do. I say I am a traveller only because I meet a million different faces, interact with them, know their happiness and sorrows and see this world with them – Stop . Share . Shop.

Lately…. I have been coming across these zines and booklets which are all about straightforward, sharp and somewhat thought-provoking one liners, messages and dialogues.

“Everyone is an Artist” he says, “There are no dirty words only dirty minds” he adds.

“Stop Making sense” he says “Lets be awkward together” he adds.

“Orgasms are very nice but revolutions are better” he says “Drop out!” he adds…

These are few lines, in fact titles to the booklets that I first laid my eyes on – I won’t lie – they appeared pretty cool and clean, type printed on a pamphlet paper, one lined, bound together and very reasonably priced – so I bought them all! (at least the ones that were on display)
Easy to read and sometimes re-read. Every line, every page intrigued me to read on and they became not just some weekend flip of pages but very impactful messages written in the simplest way there could be.