I am a traveler, with an office as my car and the ride my two feet. Every single day I go from one corner of Bombay (Mumbai) to the other crossing many roads, streets, lanes, by-lanes, malls, stores, shops, events, exhibitions, pop-ups etc; to source and plan for the work I do. I say I am a traveller only because I meet a million different faces, interact with them, know their happiness and sorrows and see this world with them – Stop . Share . Shop.

Lately…. I have been coming across these zines and booklets which are all about straightforward, sharp and somewhat thought-provoking one liners, messages and dialogues.

“Everyone is an Artist” he says, “There are no dirty words only dirty minds” he adds.

“Stop Making sense” he says “Lets be awkward together” he adds.

“Orgasms are very nice but revolutions are better” he says “Drop out!” he adds…

These are few lines, in fact titles to the booklets that I first laid my eyes on – I won’t lie – they appeared pretty cool and clean, type printed on a pamphlet paper, one lined, bound together and very reasonably priced – so I bought them all! (at least the ones that were on display)
Easy to read and sometimes re-read. Every line, every page intrigued me to read on and they became not just some weekend flip of pages but very impactful messages written in the simplest way there could be. 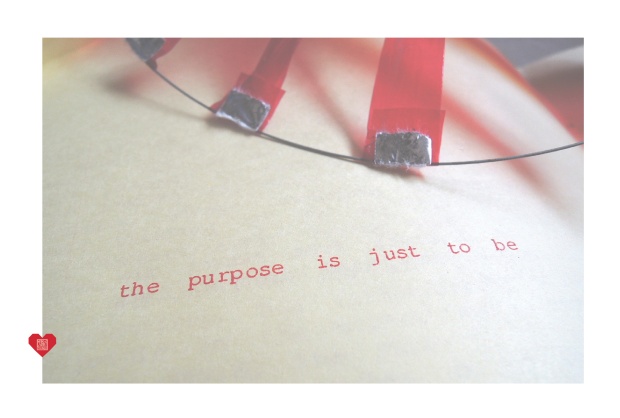 His books he says, try to remove the negativity of a person and attempts to show the readers that there is always a good side to every bad thing that happens. He is also synonyms to BombayUnderground – a group of people who are for art, expression and a creative social exchange – efforts of which are dedicated to celebrating the undocumented / the underground / the lost / the forgotten- and very rightly so; he is also our inspiration for the week Himanshu S 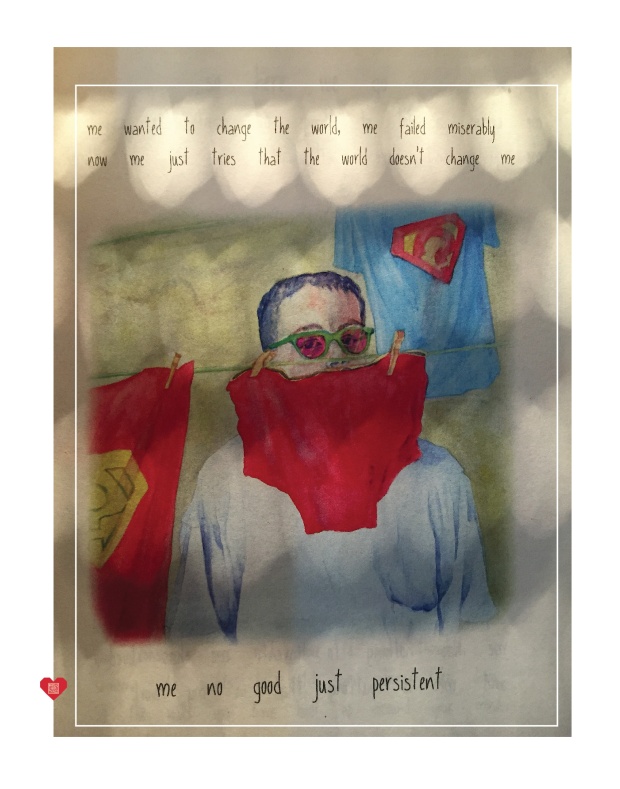 The reason I am inspired to talk about him is because I feel there are only a few in this country that can actually share with another being. And sharing the truth of one’s own experiences, hardships, expressions….life – just to provoke or guide the other towards a better understanding of themselves and the world around is not something a common man can do. His books speak of what ever you can make of them – they couldn’t be simplified further, but when Zeb met him she could only talk about how there is so much more to this “whole thingi” than what meets the eye…

Himanshu’s work gives you a reality check of sorts.. words that make you go hmm…and I have always always felt that good design must attract, shape and more importantly evoke an emotional response.

Caution! Read up only if you believe in a true expression of a creative mind – he is no artist – a reluctant superhero for sure.

A revolution in himself, you can buy some of Himanshu’s rather unique art works displayed on his face-book album.

And more…….he is the heart of “Dharavi Art Room” along with Aqui Thami an NGO dedicated to bringing together the community to explore issues through an artistic medium. They organize many interactions and workshops, so do bring in your bit towards this great effort. And the one with the widest smile you’ll see is …… Himanshu S.